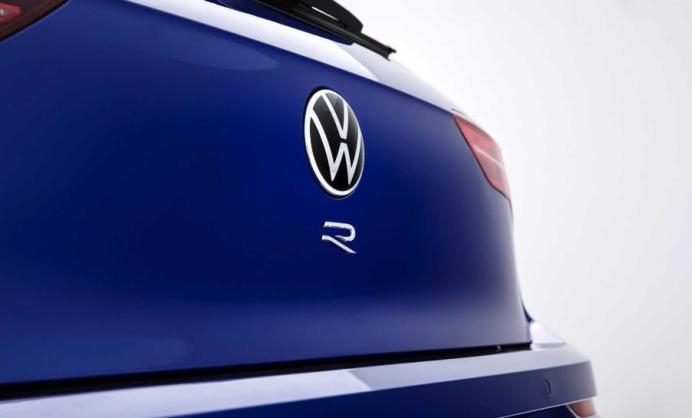 Recently, Volkswagen officially released a preview of the new generation of Golf R. The new car will be sold overseas on November 4. The new car will be equipped with a brand-new four-wheel drive system, and the maximum power of the 2.0T turbocharged engine will also be improved compared to the old model.

This time the official only released a picture with Volkswagen’s new “R” logo on the rear of the car. Volkswagen’s “VW” LOGO has also been replaced with a new flat design. In addition, Volkswagen claims that the new model is better than its predecessor. “More powerful, more dynamic, more efficient, more compact and more digital”, but Volkswagen did not detail the technical details of the new Golf R.

The new Golf R will be put on sale soon. This performance steel gun has been favored by countless consumers in China. It is worth mentioning that the new Golf R will also have two different body forms, one is the conventional hatchback version, and the other is the station wagon version. However, it is not yet clear whether this model will be introduced in China, but it is m that the manual version will not be compatible with domestic users.

Uber sells ATG which is the autonomous driving unit

Clark blows out a tire on his Nissan Leaf