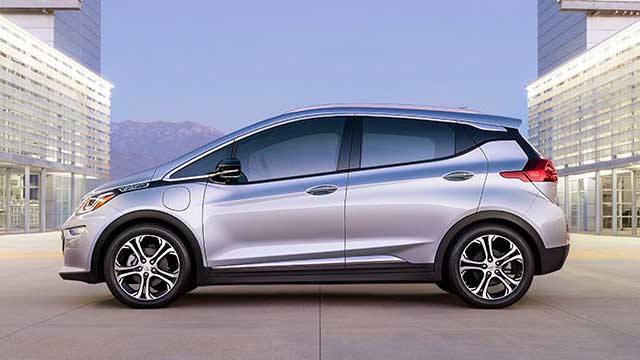 Massachusetts government announced an expansion within the Commonwealth’s electric vehicle rebate program, Massachusetts Offers Rebates for Electric Vehicles?(MOR-EV) through at the least June 30, 2019.

The Doe Resources (DOER) produced $12 million resolve forpersistance to this software in 2016, which brought the total funding be $20 million, and has since provided another $3 million to respond to the increased requirement for this system.

“The MOR-EV program has played a significant role in improving the adoption of electrical vehicles and reducing greenhouse gas emissions in Massachusetts,” said Governor Charlie Baker.? “As we make an effort to combat costs rising, our administration is committed to supporting electric vehicle adoption and identifying new initiatives to cut back emissions from the transportation sector.”

Starting on January 1, 2019, MOR-EV is going to be extended and shift its focus to satisfy the demands of the industry by supporting only qualifying battery electric vehicles as much as a $50,000 sales price with a $1,500 rebate.? Current rebate levels and qualifications will continue through December 31, 2018 and consumers must submit an extensive MOR-EV rebate application within ninety days with the vehicle purchase.

Since its inception in 2014, MOR-EV has issued or reserved over $23 million in rebates in excess of 11,000 cars and has reduced the state’s greenhouse gas emissions by a predicted 35,000 metric tons annually. This program saw steady rise in its first few years, doubling from approximately $250,000 in rebate applications in June of 2014 to approximately $500,000 in June of 2017. Through June of 2018, the rebate application amounts doubled again to approximately $1 million 30 days and from June 2018 through September 2018, the program doubled just as before to just about $2 million 30 days.

In item the MOR-EV program, the Commonwealth has pursued several additional transportation programs and policies to accelerate the adoption of fuel efficient vehicles.? The Commonwealth has adopted an energy efficiency standard to the purchase of new state-owned vehicles, which requires a minimum fuel efficiency on newly purchased state vehicles. As an element of DOER’s Green Communities program application process, towns and cities must pledge to only purchase fuel-efficient vehicles. In January 2018, Governor Baker made the Commission within the Way forward for Transportation from the Commonwealth to advise the administration on future transportation needs and challenges, including deployment of zero emission vehicles and raising the resilience of transportation infrastructure because climate changes.

Massachusetts also wants to spend as many as $5 million in the first phase of Volkswagen settlement funding for the installing electric vehicle supply equipment (EVSE) to supplement the network of existing EVSE. This project may even complement National Grid and Eversource’ s EVSE charging programs approved by the Massachusetts Department of Public Utilities. Additionally, the modern state program MassEVolves? will encourage and recognize private sector investments in transportation electrification through electric vehicle awareness campaigns and electric vehicle charging programs.? Combined, these initiatives could make less complicated to use electric vehicles and create a transition to cleaner air and a stronger economy.

MOR-EV is run on DOER’s behalf by way of the Center for Sustainable Energy. The funding is financed by Regional Greenhouse Gas Initiative (RGGI) auction proceeds and aims in lowering addiction to foreign oil and meet Massachusetts’ goals beneath Climate change Solutions Act (GWSA) to lower greenhouse gas emissions from the transportation sector 7.6 % by 2020